His Eminence Grand Ayatollah Sayyid al-Hakeem hosts a group of teachers of Pakistani universities, and he advises love, tolerance and cooperation

His Eminence Grand Ayatollah Sayyid Mohammed Saeed al-Hakeem advised a group of Muslims from Pakistan towards love, compassion and tolerance amongst the various parts of its society, and to distance themselves from segregation, and all forms of enmity and hatred. As such, the Muslims can benefit from one another. He advised them to act according to the laws of Islam.
His Eminence presented this advice to a group of university teachers from Pakistan.
He further advised that they should continue the commemoration of special occasions and the pilgrimage to the holy sites, in order to enrich themselves from the lives of the holy personalities and to follow in their righteous footsteps.
To conclude the meeting, His Eminence mentioned a narration from the Holy Prophet (peace be upon him and his progeny): “The believer is a structure for another believer, each supporting one another.”
He prayed that Allah Almighty supports them in acting in His obedience, and that He accepts their pilgrimage. 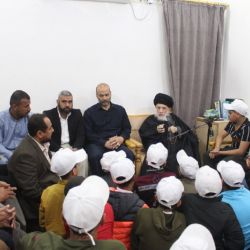 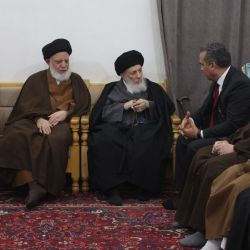 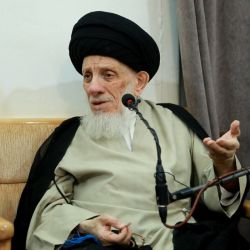 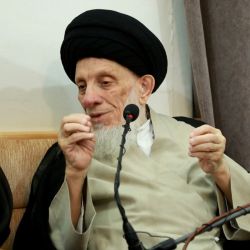 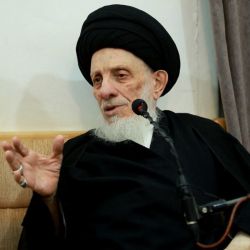 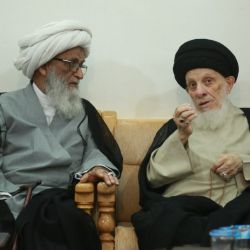 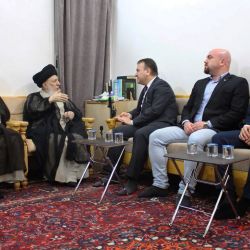 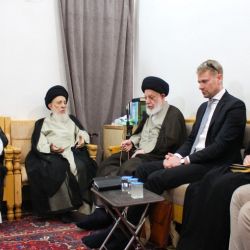 If one offered prayer thinking he was doing the recitation correctly, but later found out he had been making an error, is it obligatory on him to redo all of those prayers?

He does not need to repeat the prayers.

What are the Islamic rules about swearing or cursing others?

It is prohibited to swear at a believer.

Is it allowed for the husband to restrict his wife to only attend one or two religious gatherings in a day, because it is necessary to give time to the children and the home?

It is permissible, but it is better to explain to her and convince her that this is what she should do.

If some body made a promise to Allah, (S.W.T) that he would do an obligatory act on that particular day, but due to some laziness he could not do so, then he sets a particular day that he will do the obligatory act on that day, So will the promise be fulfilled without any penalty if he does on that day rather than the day he mentioned at first? And one more thing, if some one broke his promise to Allah Almighty, then does asking for forgiveness be ok alone?

If the promise with almighty Allah was in the form of a vow - â€œNethrâ€, then when revoked, a â€œkeffaraâ€ should be paid. It is freeing a slave, feeding ten needy people or providing clothes for them. If the person is not able to do any of the mentioned, then he/she must fast three consecutive days. Feeding is by giving 9 kilograms of food. Based on compulsory precaution, it should be wheat, whether it is ground to be flour, or baked to be bread. It is not sufficient to pay the equal value of the said items. Provided clothes must be full in such a way that they can be worn in front of people. If the revoke to the promise was in the form of a covenant â€œAhedâ€, then the keffara is freeing a slave, fasting two consecutive months or feeding sixty needy people. Feeding is by giving each one of them 900 grams of wheat, rice or similar kinds of food.