The Press Release on the Terrorist Attack in Quetta Pakistan 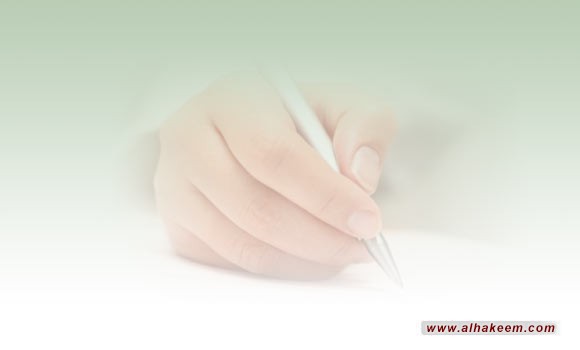 We were shocked by the heinous crime that was committed by the terrorists in the city of Quetta in Pakistan, that lead to the martyrdom and wounding of a huge number of innocent people. This crime is part of sequence of organized assaults against the followers of the Ahlul-Bait (peace be upon them).

As we ask the Almighty Allah to send His mercy on the souls of the martyrs and to grant the wounded fast recovery, we condemn this crime and all crimes that were committed by the terrorist groups. These crimes violate all humane criterion and values, and they tarnish the image of Islam and the name of the Prophet (peace be upon him and his holy progeny). We hold the Pakistani government responsible for protecting its own innocent citizens and to bring the perpetrators to justice. We also consider the silence of the Muslim dignitaries and foundations and the carelessness of the international community as important factors that encourage the terrorists to continue shedding blood of innocent people.

My father is still alive and he has given some property to me. Now, my sisters say that they want inheritance. Is there any inheritance from a living person?

Is it permissible to play video games involving adventure or fighting (not chess or other gambling games) in one’s spare time, even without “tarab” because music can always be turned off in video games?

It is permissible to play such games, but we advise you to limit this and not waste time in playing them, since repeatedly playing such games leads to addiction to it and could cause harm to the personality of the individual.

Yes, it is permissible in both cases.

What are the religious rules for the parents following the birth of a child?

A number of things are reported to be recommended following the birth of a child, amongst them are the following:1. Bathing the baby as ghusl for him. Apparently, the one bathing the child is required to have the intention of ghusl. 2. Covering him with a white cloth, and it is disliked to use a yellow one.3. Reciting the Adhan of the prayer in the right ear and the Iqamah in the left ear.4. Placing water from the Euphrates River and a small amount of the earth of the grave of Imam Hussein (peace be upon him) on the top and the bottom of his mouth. If the said is not available, rain water can be used instead. Also it is recommended to place honey and date on his jaw from the outside.5. Choosing a good name for him. It was reported that the most truthful names are those which indicate servitude to Almighty Allah, like Abdullah and Abdul-Raheem. And the best names are the names of the prophets (peace be upon them) and their best is Muhammad. It has been reported also to name the baby "Ali". It is also reported that poverty does not enter a house where its residents are named Muhammad, Ahmad, Ali, Hasan, Husein, Ja'far, Talib or Abdullah, and amongst the females Fatima. It is also reported that it is recommended to name the baby boy at his birth "Muhammad" for at least seven days, and after that either continue naming him that or change it at that time.6. Cutting the hair of the baby on the seventh day, donating its weight of gold or silver to the needy.7. Circumcising the boy on the seventh day.8. The "Aqeeqah": the sacrificing of a sheep, a goat, a cow or a camel. It is better to choose a male animal for the boy and a female animal for the girl.